There has been a smell in our house since we moved in one year ago. We don’t own this house, and so we know little of its past or hidden parts. We know that the smell comes from my son’s room when he runs the air conditioner, and the odor is almost identical to that of someone smoking pot, to the point where everyone who comes over thinks we are stoners. Sadly, we are not.

The mystery of this weed / not-weed smell has taken up different amounts of space in my mind as I’ve lived here, like smells do—those intangible ethers that might be emanating from a harmful presence or lingering from a benign absence. This smell that might be a plant or mold or cockroaches or a stash or my wrong imagination.

When I started co-translating Celia Dropkin, I was very young. I hadn’t yet had a feeling enter me at night like “someone was about to kiss me / as if snakes were going to suck on me.”

I hadn’t yet become pregnant and had the feeling that there was “no more room for me in me.”

I hadn’t ever felt like an overripe apple with “my heart is eaten up / by the worms, / and that fat worm—passion—/ just won’t crawl out.”

Recently I became pregnant after not being pregnant for over a decade. In shock (I am no longer young), I was quickly brought back to the land of pregnancy, where my thoughts have a different texture, and everything is filtered through thrilling doubleness. Pregnant again, I saw pregnant people again. I was drawn to what I thought no longer held interest—pieces of art I’d walked by in a museum months ago made me stop and hold my sides to keep myself contained. I met a younger version of me inside me, and I knew how to think about this reverse exile in the land of myself because of Dropkin. She had already made a land for me to return again and again where transformation is a terrifying blooming.

Last week, we learned the source of the pot smell. Do you already have a guess? Two men came over and took my complaint of a ghost odor seriously, and eventually they did a very scary thing: they went into the closed-off attic where they found one small bat and one large pile of bat guano right over my son’s room.

The next day, I lost my pregnancy, and while I know the loss has nothing to do with this creature, all I can think about is the bat. That bat: living above us, shitting on us, awake when we’re asleep, asleep when we’re awake. Opposite, alive, everything I don’t want to go and see. It’s not a baby. It’s not anything like a baby, but I think of its membranous wings, and I feel, if not better, then tethered to myself a little more and then more.

In “A Fear Growing in My Heart,” the speaker fears her oncoming death, finds it ridiculous and sad that while there is silk around her now, there will be none in the grave. But then the speaker says to herself, “your limbs are like limbs carved/from ivory.” This simile speech act not only quells her fear, but also saves her from dying. By transforming herself in words into something fashioned from the materials of another creature, she saves herself.

I can do this too, because of Dropkin. I can go from husk to house, from ether to wing, from baby to bat and back home again. I’m not sure yet where the simile will land. I haven’t finished writing that yet.

Take an object or activity and make a list of ten very specific words relating to it. Now use all ten words to describe someone (yourself), a landscape, a feeling, or a moment that has nothing to do with that original subject, which should be left out of the poem entirely. 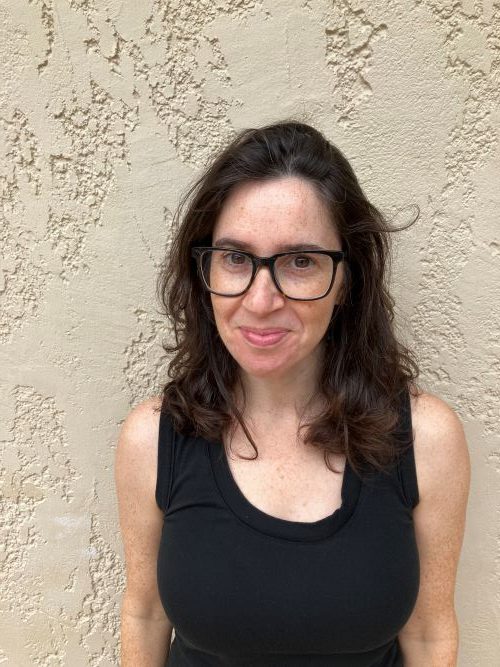