What Sparks Poetry is a new, serialized feature in which we invite poets to explore experiences and ideas that spark new poems. In the newest series, Life in Public, we ask our editors to examine how poetry speaks to different aspects of public experience.

What does it mean to say that a poet is, as C. D. Wright has put it, “one with others”? What is poetry’s place in the public sphere today, of all times? How has life in that sphere been expressed in poems? Is all published poetry public speech? What is a private poem? What is occasional poetry? What is political poetry?

With questions such as these in mind, we asked each of our editors to select a poem written by another poet that addresses an aspect of public experience—that celebrates, historicizes, memorializes, critiques, questions, or subtly references its public element—and to write about what interests and inspires them about that poem.

We are excited to present to you the resulting sixteen meditations on the private and the public, and how the intersection of these states sometimes results in poetry.

Does poetry ever make something—or at least, a special category of “nothing”—happen? Auden pretended to have settled the matter in one of his most famous (or infamous) detachable lines; Geoffrey Hill, great poet and great mind on the relationship between poetry, law, and the public sphere, took it a little further. A poem can “re-enter history,” Hill wrote, but it could do so as either “agent” or “hostage.” Moreover—an “intolerable condition,” Hill tells us—the poem exists both in and continually outside history. Which is also to say, once a poem is out in the world, there’s no way to predict the different uses, appropriations, misappropriations, readings and anti-readings to which it might be put, nor the places and times where it might emerge, uncanny, as if with fresh meaning.

Bei Dao’s “The Reply” (“Huídá”, sometimes also translated as “Answer”) is one such poem, with an intense career all its own. It was first drafted and revised in the early- to mid-1970s, during the stirrings of democracy and dissent in China at the tail end of Mao’s Cultural Revolution, taking in the mass arrests and suppression of protesting workers at Tiananmen Square on April 4, 1976, which also became the poem’s inscribed date when published a couple of years later. Lucas Klein tells us, in a beautiful entry on it in Harvard’s New Literary History of Modern China, that “pronounced in Chinese…April 4 (si, si) sounds like ‘to die, to die.’” At the time Bei Dao was a twenty-something electrician who had fallen in with a group of underground writers who happened to be just inventing a startling, even shocking contemporary modernism as if out of nowhere, out of bits of translated literature and a childlike insistence on seeing the world anew. By the mid-1980s, as we learn from a classic essay by the critic Li Tuo, these secret stirrings had turned into a full-blown renaissance in Chinese letters, art, and film—a non-state-sanctioned collective both euphoric and utterly despairing, both gregarious and intensely alone, ready and willing to commit a kind of “spiritual suicide.” Bei Dao’s poem was over time committed to memory by several thousands and was among those chanted in Tiananmen Square in the prelude to the 1989 massacre by the state.

It’s not hard to see the deep and intimate bond between art and the spirit of freedom here, in the instinctive trust that one just cannot be modern without also being democratic. Yet the spring of 1989 was a turning point, a moment where, at first at least, the cloak of darkness seemed to fall again. Many of the year’s hero-poets were propelled into (sometimes tragic) internal and external exiles. And what happened afterwards was in some ways thoroughly unexpected. “There was such great excitement leading up to 1989,” Xi Chuan, himself a poet of historical ironies, once told me, “then after it a vast, unbearable sense of depression. Then Deng Xiaoping’s economic reforms kicked in, and everybody said, ‘Let’s make money!’” And thus, the rise of a new Chinese bourgeoisie.

Apart from its date-epigraph, Bei Dao’s poem obviously does not address or even acknowledge any of this outright. Instead, the poem uses oblique strategies and is a view onto an infinite internal landscape. For a public poem, it seems to be speaking from a remarkably private place. What about it moved the earth for listeners of a certain generation, and can we ever access that without being fluent in Chinese?

I believe we can, but it might take a little work, as poetry sometimes does. I personally like to read multiple translations against each other, both as a way to see and triangulate what the translator is doing and to think/feel my way into what the source poem could be like. Read the translation on our site, by Clayton Eshleman and Lucas Klein, with its clear lyrical growl, to my ear more explicit in its political echoes, against this one by Bonnie S. McDougall, a little stilted in its language but also perhaps more indirect. If you can, read the version co-authored by Donald Finkel, a seemingly “free”-er version with surprising results. And do read this fourth—unattributed—translation on a “Learn Chinese” site, also very useful, despite what will feel to some like a mildly alienated idiom. Finally, listen to the dramatic recitation of the original Chinese linked on the “Learn Chinese” site above and consider to the extent possible, without fear, the transliterated Chinese. (Tip: also try hovering your mouse over the original Chinese characters!)

If we look at just the first two lines—

—we see that the key lies in repetition—bēibǐ (“contempt,” “debasement,” “shabbiness”) in the first line and gāoshàng (“gravitas,” “nobility,” “refined,” “lofty”, etc.) in the second. This is no simple repetition, however. The translators show us how the word in each case is being turned against itself, in a visceral struggle for personal existence and for language to have any meaning or purpose at all. From this point, the poem should start to emerge. The line “I-do-not-believe”—four stark characters isolated by dashes, like cries from deep within—continues to resonate even in the moment from which I write, thinking of the protestors in Hong Kong, the silencing of Kashmir, or the current American era, with a head of state whose every utterance stokes disbelief.

But it would be glib to stop there, because we have not yet grappled with the poem’s final paradox: between internal and external, public and private. Each of its reciters hears the cry from within a little differently, each performance inflects it anew. While Bei Dao has never been shy of speaking publicly to the causes he believes in, including democracy in China, a reading of his complete and continuing oeuvre, which one must do, seems to show him on a spiritual and linguistic quest above all else. Watch for instance, this bilingual reading from 2011, with Eliot Weinberger’s masterful sounding of his own English translations. Bei Dao’s performance is firm but tempered, introspective. If we go back to the performance on the “Learn Chinese” site, however, set to operatic music, we begin to get a sense of how else the poem might be imagined in public, over time. In recent years, the Chinese government has grudgingly accepted Bei Dao’s literary significance and allowed him to make frequent visits to the mainland; last October I sat with him and a group of Indian and Chinese writers, in a special “poets’ café” on the banks of the Grand Canal in Hangzhou, a city famous for its West Lake and the poems written about it; nowadays, it’s a big IT hub. We were treated to a group of schoolchildren reciting translations of Tagore; then a large expressive man dressed in black and gold, who appeared to be a kind of professional reciter, began. The poem was Bei Dao’s “Huídá.” To call this performance dramatic would be a severe understatement; the key lines were shouted at booming, defiant volume, fists in the air; moreover, there was a sense that the artist was drawing on “traditional” modes of poetry performance from the peak of the Communist era. I was impressed, but also very shaken. I had grown used over several years to the author’s deeply internal style and inflection. Afterwards, I had to ask Bei Dao himself what he’d thought of the performance. He laughed out loud and said, “Oh, that’s the way they always do it!”

Read the four translations of the first two lines of this poem as well as, if you like, the word-for-word translation mouse-able on the “Learn Chinese” site. Then write your own version of the two lines. You can be as free as you like, even just using Bei Dao’s lines as a launching point; but you must in some way use repetition or inversion to turn a word inside out or against itself. 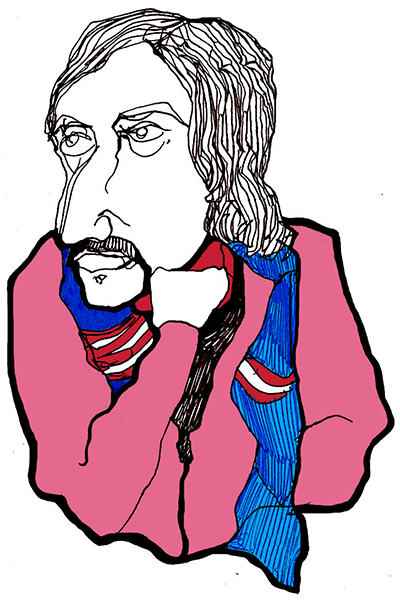 Vivek Narayanan’s books of poems include Universal Beach, Life and Times of Mr S and the forthcoming AFTER: a Writing Through Valmiki’s Ramayana (NYRB Poets, 2022). A full-length collection of his selected poems in Swedish translation was published by the Stockholm-based Wahlström & Widstrand in 2015. He has been a Fellow at the Radcliffe Institute, Harvard University (2013-14) and a Cullman Fellow at the New York Public Library (2015-16). His poems, stories, translations and critical essays have appeared in journals like The Paris Review, Granta.com, Poetry Review (UK), Modern Poetry in Translation, Harvard Review, Agni, The Caribbean Review of Books and elsewhere, as well as in anthologies like The Penguin Book of the Prose Poem and The Bloodaxe Book of Contemporary Indian Poetry. Narayanan is also a member of Poetry Daily’s editorial board. He was the Co-editor of Almost Island, an India-based international literary journal from 2007-2019.