A long slope.The strong sun dipped, and finally sank.No matter how long I walked, I stayed in "the middle of the road."The name torn into pieces.Just keeping on, climbing higher and higher,I'd completely forgotten the name.The west wind shifts the typhoon's course,the world, for a few hours, is thrown into confusion.You might name one thing after another,but each loses its name in that same moment.Into what we call "nature."I stood in the middle of nature.And something was missing, the natural wasdraped in a thin shroud.Vowels scattered,the name went missing.When once more the name "nature" was appliedto the desolate-as-ever landscape,immediately, the name began to weather away.What is still losing its name,and what has already lost its name,those two strands entwinearound the true name.Those who have wings stay put,howling out their condition over and over,"How fragile we are!"though no one hears them.Thousands of ripples tella story of benthic anguish.The ripples beach themselveson the name of each anguish,vowels scatter by the thousandsover the earth. 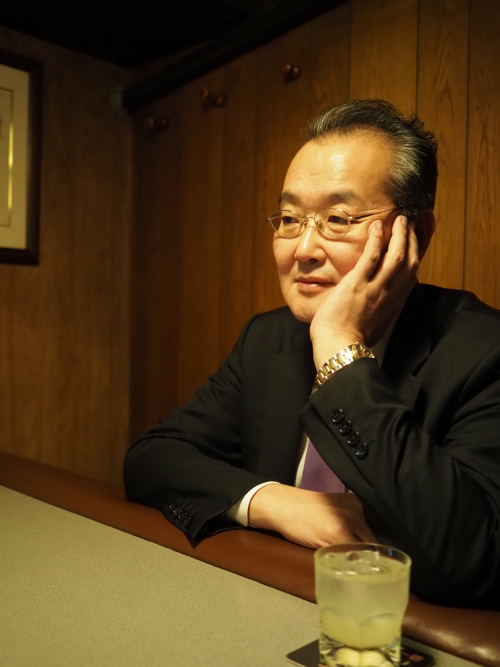 Shuri Kido, known as the “far north poet,” has published several poetry books and essays and is one of the most important poets on the front line of contemporary poetry in Japan. He has translated many English poems into Japanese and has introduced works by Ezra Pound and T. S. Eliot to Japan. Kido has been a critic and columnist for various magazines and newspapers and has a profound knowledge of Japanese culture. 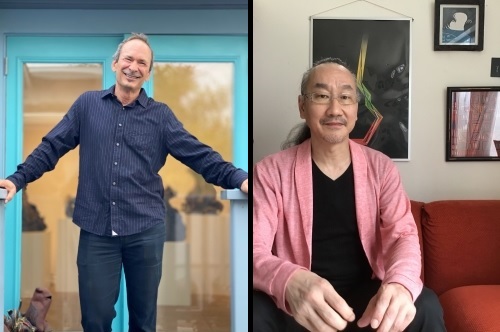 Tomoyuki Endo is an assistant professor at Wako University in Tokyo, teaching modernists and post-modernists such as Ezra Pound, W. C. Williams, T. S. Eliot, Gary Snyder, Allen Ginsberg, Junzaburo Nishiwaki, Katsue Kitasono, and Kazuko Shiraishi, along with literary pop artists including Bob Marley, Bob Dylan, Bruce Springsteen and others. He has collaborated with Forrest Gander on the translation of three poems from Shiraishi’s My Floating Mother, City (New Directions). He was also the supervisor of English subtitles for Gozo Yoshimasu’s movies Thousands of Islands and The Reality Behind What We See which won more than ten awards from international movie festivals.

Forrest Gander, a writer and translator with degrees in geology and literature, was born in the Mojave Desert and lives in northern California. His books, often concerned with ecology, include Be With, winner of the 2019 Pulitzer Prize, the novel The Trace, and Core Samples from the World. Gander’s translations include Alice Iris Red Horse: Poems by Gozo Yoshimasu and Then Come Back: the Lost Neruda Poems. Often collaborating with artists such as Ann Hamilton, Sally Mann, Graciela Iturbide, and Vic Chesnutt, he has received grants from the Library of Congress, the Guggenheim, Howard, Whiting and United States Artists Foundations. 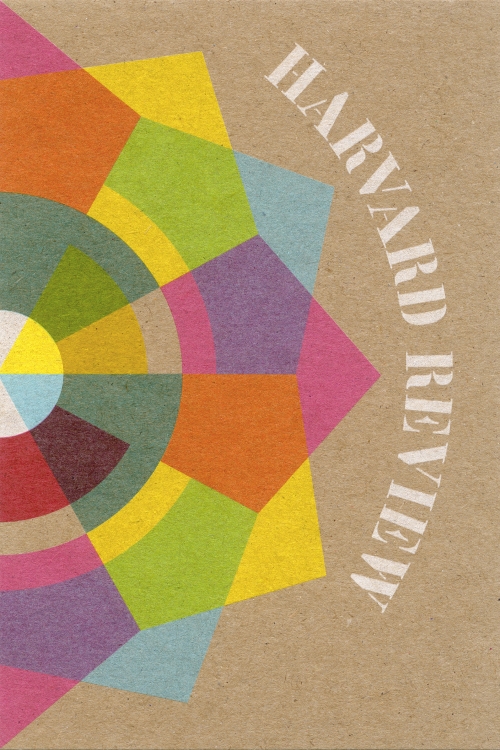 Harvard Review publishes new poetry, essays, fiction, drama, criticism, book reviews, and interviews. From its beginnings, the journal has been committed to showcasing the work of emerging writers alongside established voices—or, as we like to think of it, publishing writers who will be famous next to writers who already are.

Over the years we have published a number of important writers at an early stage of their careers, including Nam Le, Mary Ruefle, Jhumpa Lahiri, Carl Phillips, David Foster Wallace, and Miranda July. Some of the authors we debuted include Paul Harding, who won the Pulitzer Prize for Fiction in 2010; Ben Shattuck, whose first published story was selected for PEN America’s Best Debut Short Stories in 2017; and Moira McCavana, whose debut story was published in the O. Henry Prize Stories Anthology in 2018.

Editorially, we are interested in literary technique and agnostic when it comes to subject matter. We take each piece on its merits and seek a diversity of voices. We look for evidence of control, polish, deliberateness, authority, and for work that strikes us as realizing its own ambitions, whatever those may be. Physically the magazine draws on the aesthetic of the 1960s Black Sparrow Press, foregrounding typography and employing only abstract elements. We print on a textured uncoated stock for a tactile feel and design our covers in thematically related pairs. Our cover designs, by Alex Camlin, have been repeatedly honored in PRINT magazine’s Regional Design Annual.