Who, when they killed her husband, was carryingtwin girls—not in her arms, but in an armlesssea, with bits of blood as food. She coveredher daughters in the waters of her body.She covered her daughters in the roomsher body built, pressed against the woodenfloor of the Audubon Ballroom. She must havecried, as my mother did, when she stuttered, Twins?into the paper gown of the hospital room.The body longs for its double. Even twinsstretch long their arms toward other strangers.The first time I visited a mosque, I was surprisedto be separated from my father and brothers.I sat, with the women and girls, alone.From across the aisle, I stared at the menlongingly. As a child, I asked my preschool teacherwhy I couldn't play outside, shirtless likethe boys. It was a hot day. Before she could answer,I relented, wearing my favorite undershirt—the onewith Archie, Betty, and Veronica—chasingmy sun-kissed brothers across the playground.Lately, when I glimpse my nakedness in the halfmirror above the bathroom sink, I'm lookingat the photograph of Pauline Lumumba baringher breasts as a sign of mourning. The widow'sbreasts and mine hang like four weeping eyes,without titillation, fertility, or innocence.I wanted to write a poem for Betty Shabazzbecause her high cheekbones and luminouseyes are like a BaKongo mask breathedinto with life. After her husband's lifelessbody was wrapped in white linen and coveredby the words: what we place in the groundis no more now a man—but a seed—she took onelast look at him who had smiled at herand touched, countless times, her unveiled face.My mother did not wear a veil on her wedding day.Eighteen years after their divorce, my fatherfidgets with the gold band she slid along his finger.As she made a circle with her thumb and forefinger,shimmying the ring over my father's knuckle,which words did her mind circle over: worse or betterdeath or death? That night, did my mother bunchthe hotel bedsheet in one hand like a nosegay?Did she allow it—another white dress—to drag,crumpled, behind her? The vows we promiseone another are veils through which we envisionthe future; we enact our dreams using a visionclouded by tulle and lace. Grief-stricken, Betty Shabazzsaid of her husband's assassination, Well, it finallyhappened. Weeks prior, she had taken to wearingher husband's hat for comfort and continued to do soafter he died. I want a desire that could be mistakenfor grief to cloud my face, to make me shudder, to twistmy mouth into a cry. Once, I shared a bed with a manwho, as a boy, heard his parents' lovemaking. I wasconfused, he admitted, it sounded like they were in pain.Grief is the bride of every good thing, Betty Shabazzreminds me. I'm wearing a veil the shape of a waterfall,which is also the shape of my mother's dress fallingfrom her shoulders. Through its fabric, l can see a cloudturning into a horse and a plane that could be a star—a star that might be a planet. It's hard to tell from here,wrapped in the caul of the present, fixed on this plotof grass, with so many seeds buried underground,and winter—forged into a circle—threatening never to end. 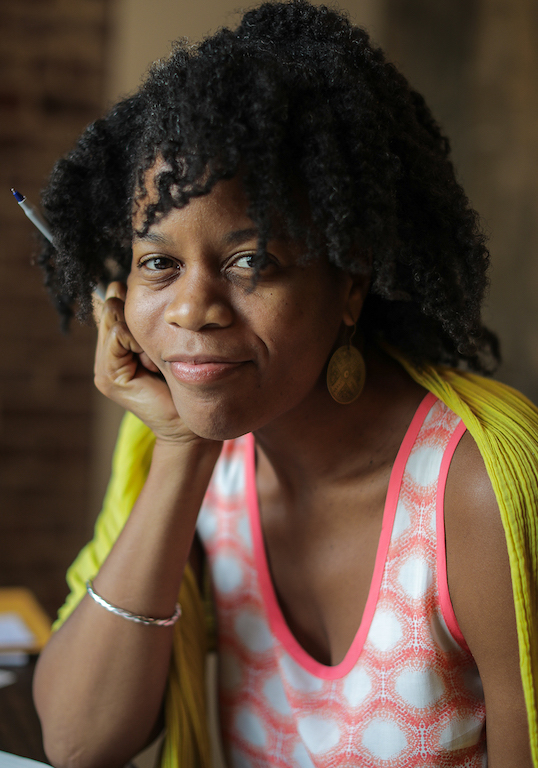 Ama Codjoe is the author of chapbook Blood of the Air (Northwestern University Press, 2020). She has been awarded support from Cave Canem, Jerome, Robert Rauschenberg, and Saltonstall foundations, as well as from Callaloo Creative Writing Workshop, Hedgebrook, and the MacDowell Colony. Her recent poems have appeared or are forthcoming in The Yale Review, Southern Indiana Review, Massachusetts Review, Best American Poetry, and elsewhere. Among other honors, Ama is the recipient of a 2017 Rona Jaffe Writer’s Award, The Georgia Review’s 2018 Loraine Williams Poetry Prize, a 2019 NEA Creative Writing Fellowship, and a 2020 BRIO Award from the Bronx Council on the Arts. 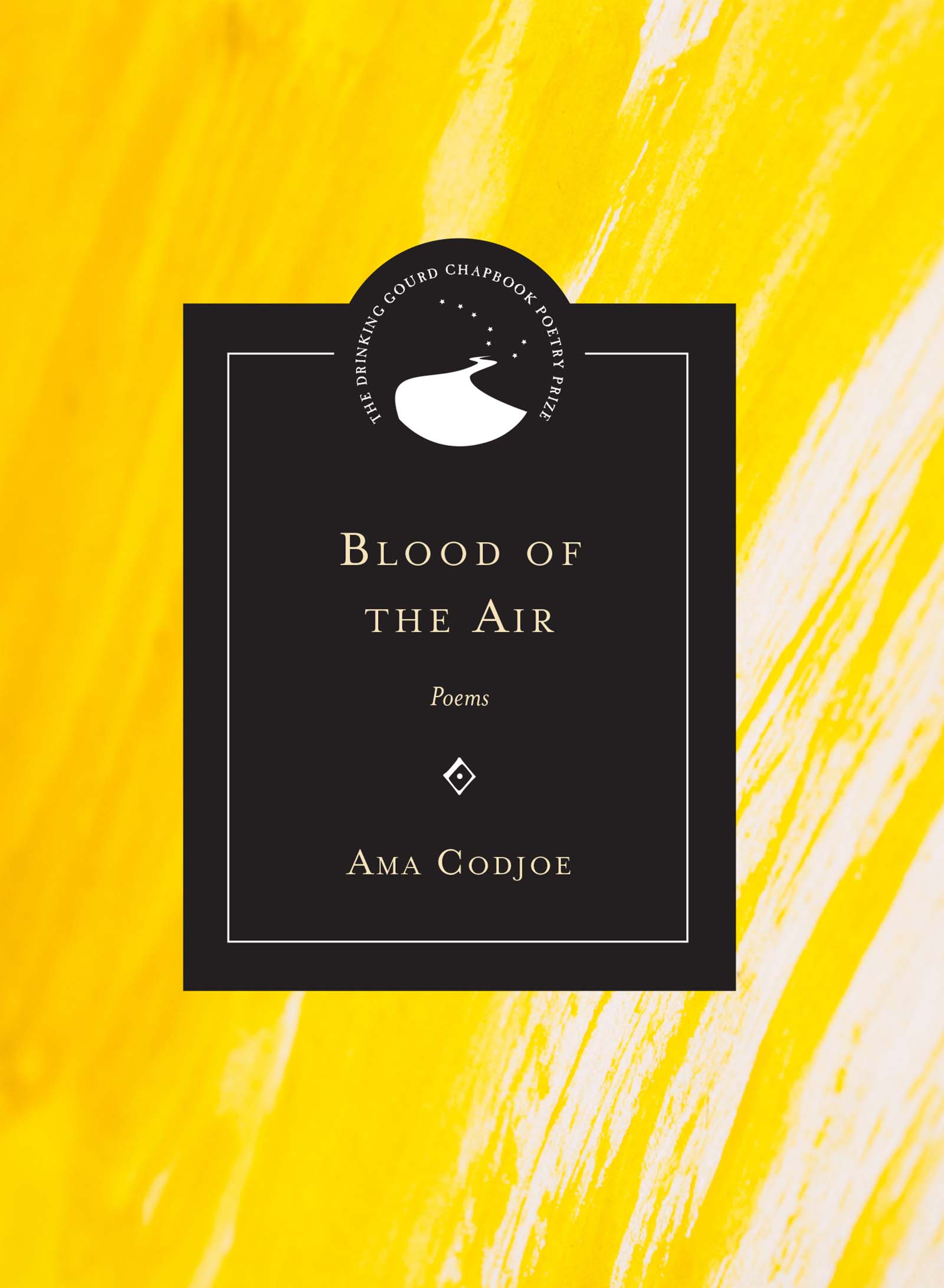 "Ama Codjoe’s extraordinary debut poetry chapbook, Blood of the Air, conveys a sense of urgency, vulnerability, and Codjoe’s mastery of the poetic craft. Winner of Northwestern University Press’ 2019 Drinking Gourd Chapbook Poetry Prize, Blood of the Air explores narratives of women and women figures who have lived, lost, resisted, been subject to breaking and other people’s definitions, and who have reclaimed their breaths and freedom . . . Within Codjoe’s poetry there is blood but there is also hope and the will to live."
—Nadia Alexis, BLACKSTEW