Cities with their fools for God

“Cities with their fools for God” from DISTANTLY: by Nicole Brossard.
Published by Omnidawn Publishing on August 5, 2022.
English Copyright © 2022 by Sylvain Gallais & Cynthia Hogue.
All rights reserved.
Reproduced by Poetry Daily with permission. 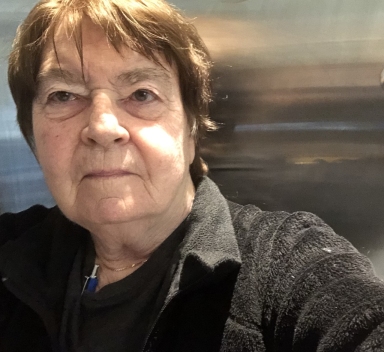 Nicole Brossard has been in the vanguard of the dynamic Francophone Canadian feminist and avant-garde writing community for over four decades. For her writing, she has twice received the Grand Prix du festival international de poésie, among many other honors. Brossard has published thirty books, including Lointaines (2010), from which the current selection is drawn, and a book on translation, Et me voici soudain en train de refaire le monde. In 2019, she was awarded the Lifetime Recognition Award from The Griffin Trust For Excellence in Poetry. 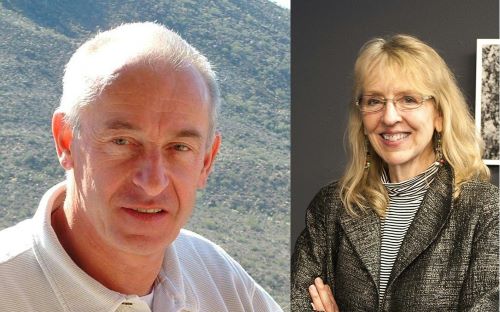 Sylvain Gallais is a native French speaker transplanted to the U.S. seventeen years ago. He is an emeritus professor of Economics at Université Francois Rabelais (Tours, France) and of French in the School of International Letters and Culture at Arizona State University. His co-authored book in economics is entitled France Encounters Globalization (2003).

Cynthia Hogue has nine collections of poetry, most recently Revenance, listed as one of the 2014 “Standout” books by the Academy of American Poets, In June the Labyrinth (Red Hen Press, 2017), and Contain (Tram Editions). Her co- translations (all with Sylvain Gallais) include Fortino Sámano (The overflowing of the poem), from the French of Virginie Lalucq and Jean-Luc Nancy, which won the Landon Translation Award from the Academy of American Poets in 2013. Hogue’s honors include two NEA Fellowships and the H.D. Fellowship at Yale University. She lives in Tucson. 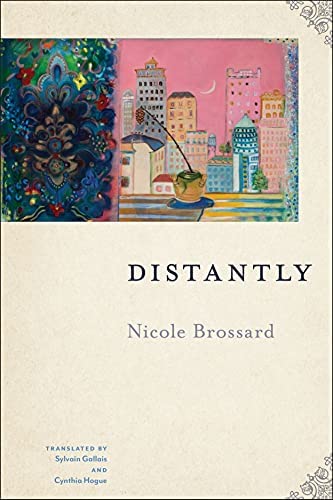 A bilingual collection of poems that offers a surreal perspective of urban experience.

This bilingual edition of Nicole Brossard’s lyrical poetry is a sequence of lush, taut cityscapes. Known for her elliptical and materially grounded poetics, Brossard creates an intimate series of poems drawn loosely from urban experience. The poems comprise an evocative distillation of postmodern urban life with a sharp sense of cultural and gendered histories of violence and beauty and struggles for survival and intimacy. The poems capture the emotional and ecological surroundings of each city and its people. The cities in Brossard’s poems feel surreal and in them dwell survivors of “misfortunes,” living in urban landscapes with their “gleaming debris” and “bridges, ghats, / rivers in a time of peace and torture.” These poems gesture toward a transmuted social context and toward a quest “to meet the horizon the day after the horizon.”