The trees alongside the fencebear fruit. The limbs and leaves, speechesto you and me promising to give the worldback to itself. The apple apologizesfor those whose hearts bear too much zestfor heaven, the pomegranatefor the change that did not comesoon enough. Every seed a heart, every hearta minefield, and the bees and butterfliesswarm the flowers on its grave.The thornbushes instruct usto tell our sons and daughterswho carry sticks and stonesto mend their ways.The oak tree says to eatonly fruits and vegetables;the pine says to eat all the stirring things.My neighbor left long ago and did not hearany of this. In a big countrythe leader warns the leader of a small countrythere must be change or else.Birds are the same way, coming and going,wobbling thin branches.The warblers express pain, the crows regret.Or is it the other way around?The mantra today the same as yesterday.We must become different.The plants must, the animals,and the ants and worms, just like the carmakers,the soap makers before them,and the manufacturers of rubberand the sellers of tea, tobacco, and salt.Such an ancient habit, making ourselves new.My neighbor looks like my motherwho left a long time agoand did not hear any of this.Just for a minute, give her back to me,before she died, kneelingin the dirt under the sun, calling me darlingin Arabic, which no one has since. 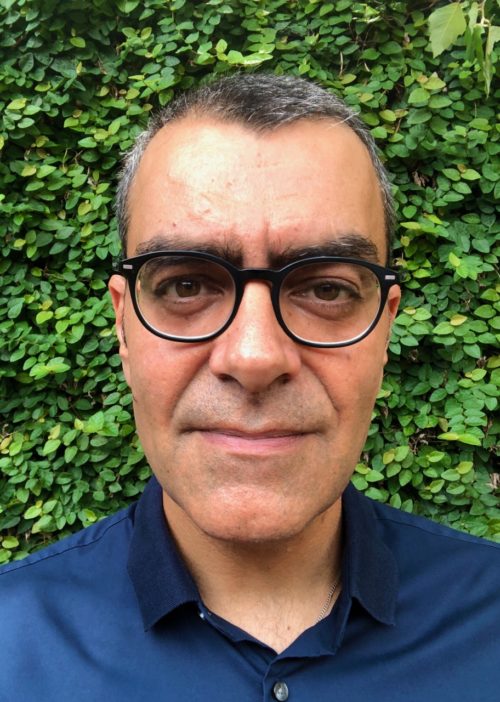 Hayan Charara is a poet, children’s book author, essayist, and editor. His poetry books are These Trees, Those Leaves, This Flower, That Fruit (Milkweed Editions 2022), Something Sinister (Carnegie Mellon Univ Press 2016), The Sadness of Others (Carnegie Mellon Univ Press 2006), and The Alchemist’s Diary (Hanging Loose Press 2001). His children’s book, The Three Lucys (2016), received the New Voices Award Honor, and he edited Inclined to Speak (2008), an anthology of contemporary Arab American poetry. With Fady Joudah, he is also a series editor of the Etel Adnan Poetry Prize. His honors include a literature fellowship from the National Endowment for the Arts, the Lucille Joy Prize in Poetry from the University of Houston Creative Writing Program, the John Clare Prize, and the Arab American Book Award.

Born in Detroit in 1972 to Arab immigrants, he studied biology and chemistry at Wayne State University before turning to poetry. He spent a decade in New York City, where he earned a master’s degree from New York University’s Draper Interdisciplinary Master’s Program. In 2004, he moved to Texas, where he eventually earned his PhD in literature and creative writing at the University of Houston. 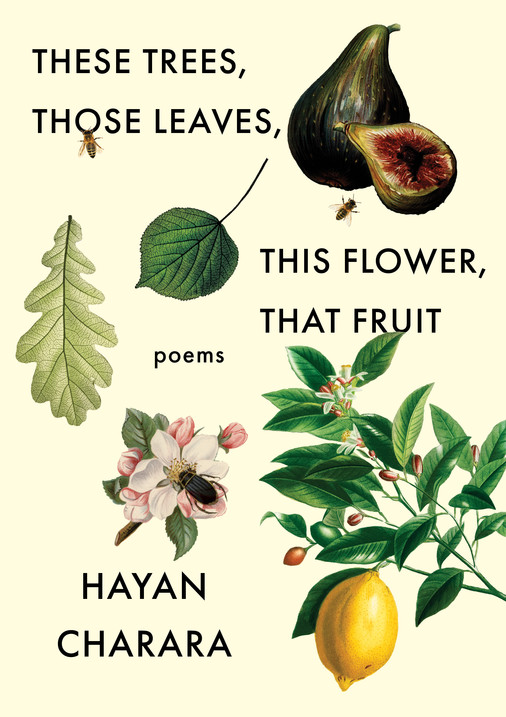 Buy This Book
BOOKSHOP
INDIEBOUND
PUBLISHER
These Trees, Those Leaves, This Flower, That Fruit
Milkweed

A thoughtful new collection of poems, one that deconstructs the deceptively simple question of what it means to be good—a good person, a good citizen, a good teacher, a good poet, a good father.

With These Trees, Those Leaves, This Flower, That Fruit, Hayan Charara presents readers with a medley of ambitious analyses, written in characteristically wry verse. He takes philosophers to task, jousts with academics, and scrutinizes hollow gestures of empathy, exposing the dangers of thinking ourselves “separate / from [our] thoughts and experiences.” After all, “No work of love / will flourish out of guilt, fear, or hollowness of heart.” But how do we act on fullness of heart? How, knowing as we do that “genocide is inscribed in our earliest and holiest texts”?

Thoughtful but never preachy, Charara sits beside us, granting us access to life’s countless unglamorous dilemmas: crushing a spider when we promised we wouldn’t, nearing madness from a newborn’s weeping, resenting our lovers for what happened in a dream. “Good poems demand to be written from inside the poet,” we are reminded. And that is where we find ourselves here: inside a lively and ethical mind, entertained by Charara’s good company even as goodness challenges us to do more.