Caroline Bergvall
Greetings
Hi you all, I'm Alisoun. Some people call me Al. Am many things to many a few thyinge to some & nothing but an irritant to socialites and othere glossing troglodytes. I dig a good chat banter aboute. Sbeen a long time, some & six hundred times have circled round the solar sun, everything were diffrent yet pretty much the same, sunsets were reddier, godabov ruled all & the franks the rest. Womenfolk were owned trafeckt regulated petted tightlye impossible to run ones own afferes let alone ones mynd nat publicly nat privatly, & so were most workfolk enserfed, owned never free, working working day 'n niht. Sunsets redder, legs a little shorter.
I've done well, sey so meselfe. Have traded textiles and vows fashioned millinery birdnestings as fine as Philip Treacy, halo creations brighte proude than Frangelico. Standing tall kept me upright saved me from oblivion, will get back to hats. Many a fine frockery have I cut & worn some even with buttons running all the way doun & upround again. Nodout for sure ma style wer too loud for sum, have been called any fin from scarecrow to fake cnight, what fakery? what knihtery? I play it large and bold, travel the distance forshure, nat grene as Gawain, the citys ma domayn, I'm Dame Alisoun Alys Ali Alyson. As for dress I take all ma Qs from Getalife, will get back to what.
Likeso have steered ma life a stourdy mount, life-partnered once, lit that match, and a few more. Eeasier sayd thane doon but ne will have lovemakes plow ma jarden wivout cheking out t instrumnts & the mental state of their flowering. In ma team I made ma bed reel bizzy a stretch a streowen for many leien in, yoohoo we did! bountyful booties ov all kinds & kins entwined revling ydizzied, in nightly prospectings we made liht of the derke.
Say-so maself sbeen good, spite a beating, or two.
Vita
Ther comes a time in everyones lief whan 'tis gode think on ones condition & look ahead by looking in. Make sure this last stretch ylived in the most fulleste bestest manner prior to the grand Datsit. Call in the cards ones delt, shake ones tree for unwelcome guests gustes ghosts, and if possible empart the few purls one has managed to pluck from ones great sea of expedience. Nodout turning thrittitwenti is good timing. A time to speech ma minding 'n let some wisdam yrise. Call on a friendly assembly for fair share & witnessing, and there let ones hair down! Open ones mutt & shower the worlde until hoarse with wonder & insult! The artist Marina screamed until no voice & screamed some mo until the earth joined in. Ah the wonder! ah the insults!
Copyist
Do allocate someone to copy exchanges in your partee or you'll find that ne can make heads nor tales of whatswhat after awhile can lead all kinds of misreadings & typos oons th' ink has dried. And what with inattention, coffee stains, drippings and the likes, unfortunates pellings get tuff to hiden or changen, like bad tatts covering bad tatts, as chaucer the aufeur famously bemoaned.
Author’s Note

“As a female lead, Alisoun resonates as one of the more provocative and talked about voices in the vast riches of Chaucer’s medieval pilgrim  tales. Yet every naming is both an affirmation and a holding station. Tales lead to more tales. Stories get woven from multitudes of stories. Voices call up other voices. A voice is a voice-cluster. I sense her coming through as a concert of sounds…” 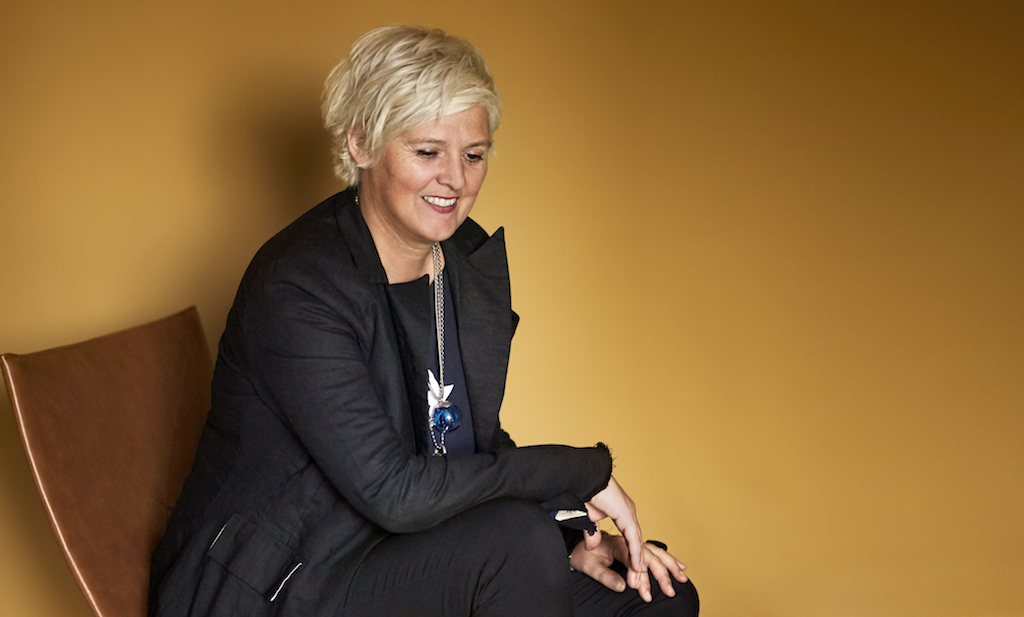 Caroline Bergvall is a writer of French-Norwegian origins based in London. She works across art-forms, media and languages; outputs alternate between books, collaborative performances and lan­guage installations. Caroline is currently a Visiting Pro­fessor in Medieval Studies at King’s College London. She will be Poet-in-Residence at Brown University, Spring 2020. 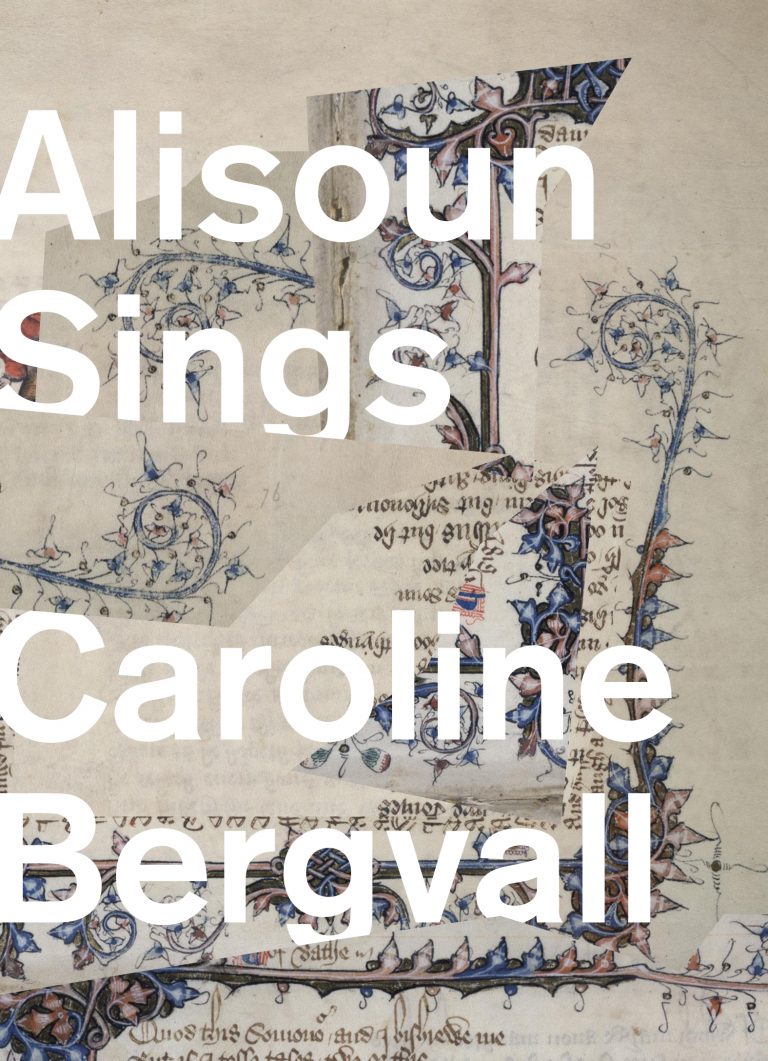 Alisoun Sings finds its starting-point with Chaucer’s iconic, proto-feminist Wife of Bath. Her forceful voice leads the way across narratives of gender, and addresses the brutality of social conventions with caustic humor. This labyrinthine text navigates love and protest in landscapes impacted by global warming, systemic violence and solar eclipses. Bergvall continues her previous work creating texts that rest on transhistoric forms of English, beyond its dominance as a global lingua franca, and places her quest in the intersections and migrations of stories and languages.

“Alisoun’s been to hell and back as an art and fashion loving, potty mouthed, unaccommodating desiring feminist queer mother-of-us-all disobedient and irrepressible and ever deep and vulnerable language breaker.”
—Rachel Levitsky, publisher, Belladonna* NY, activist, writer