Copyright © 1978 by Lyn Hejinian
All rights reserved.
Reproduced by Poetry Daily with permission. 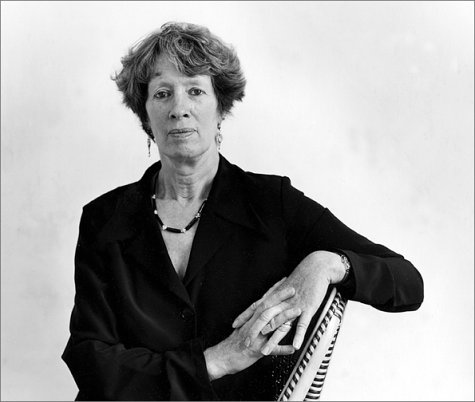 Lyn Hejinian teaches at the University of California, Berkeley. She is the author of of over twenty volumes of poetry and critical prose, including several poetry collections previously published by Omnidawn: The Unfollowing, The Book of a Thousand Eyes, Saga | Circus, and The Fatalist. She is the co-director (with Travis Ortiz) of Atelos, a literary project commissioning and publishing cross-genre work by poets, and the co-editor (with Jane Gregory and Claire Marie Stancek) of Nion Editions, a chapbook press. 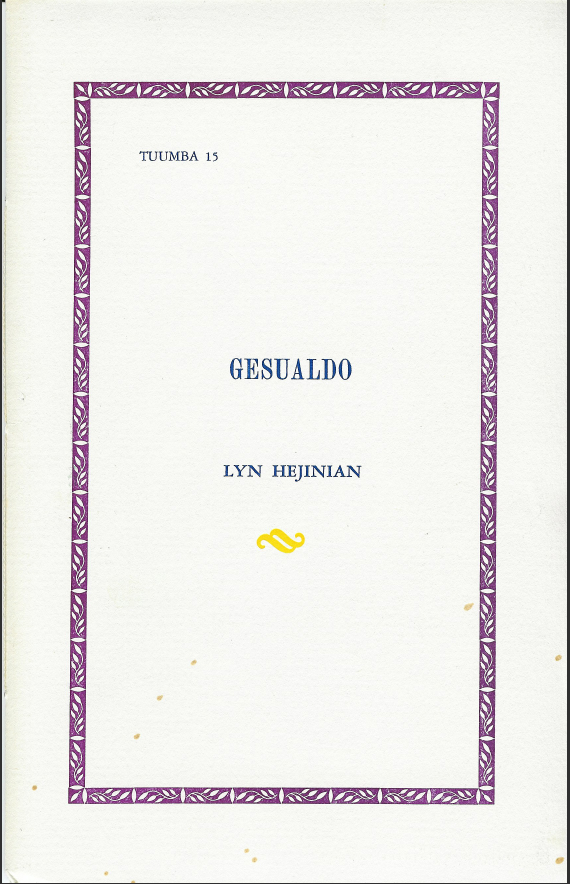 Hejinian's fourth book, Gesualdo, was published in May, 1978 as the 15th issue from her own Tuumba Press. Letter-pressed with four colors of ink, the interior of the paper covers is blue. Edition of 450.

Tuumba Press issued fifty pamphlets and a poster between 1976–1984. In addition, the press issued numerous small broadsides, cards, and other ephemera.