My Father, in Heaven, Is Reading Out Loud

My father, in heaven, is reading out loudto himself Psalms or news. Now he ponders what he's read. No. He is listening for the soundof children in the yard. Was that laughingor crying? So much depends upon theanswer, for either he will go on reading,or he'll run to save a child's day from grief.As it is in heaven, so it was on earth.Because my father walked the earth with a grave,determined rhythm, my shoulders achedfrom his gaze. Because my father's shouldersached from the pulling of oars, my life now moveswith a powerful back-and-forth rhythm:nostalgia, speculation. Because hemade me recite a book a month, I forgeteverything as soon as I read it. And knowledgenever comes but while I'm mid-stride a flightof stairs, or lost a moment on some avenue.A remarkable disappointment to him,I am like anyone who arrives latein the millennium and is unableto stay to the end of days. The world'sbeginnings are obscure to me, its outcomesinaccessible. I don't understandthe source of starlight, or starlight's destinations.And already another year slides outof balance. But I don’t disparage scholars;my father was one and I loved him,who packed his books once, and all of our belongings,then sat down to await instructionfrom his god, yes, but also from a radio.At the doorway, I watched, and I suddenlyknew he was one like me, who got my learningunder a lintel; he was one of the powerless,to whom knowledge came while he sat amongsuitcases, boxes, old newspapers, string.He did not decide peace or war, home or exile,escape by land or escape by sea.He waited merely, as always someonewaits, far, near, here, hereafter, to find out:is it praise or lament hidden in the next moment?

“My Father, in Heaven, Is Reading Out Loud” from THE CITY IN WHICH I LOVE YOU: by Li-Young Lee.
Published by BOA Editions June 1st, 1990.
Copyright © 1990 by Li-Young Lee.
All rights reserved.
Reproduced by Poetry Daily with permission. 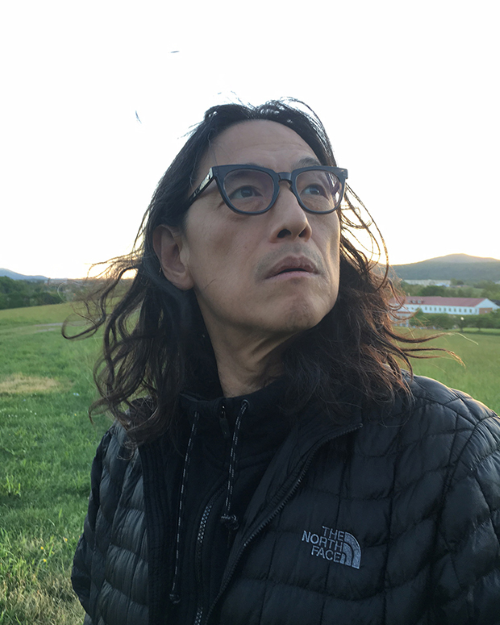 Li-Young Lee is the author of five critically acclaimed books of poetry, most recently The Undressing (W.W Norton, 2018), Behind My Eyes (W.W. Norton, 2008), and a chapbook The Word From His Song (BOA Editions, 2016). His earlier collections are Book of My Nights (BOA Editions, 2001); Rose (BOA, 1986), winner of the Delmore Schwartz Memorial Award from New York University; The City in Which I Love You (BOA, 1991), the 1990 Lamont Poetry Selection; and a memoir entitled The Winged Seed: A Remembrance (Simon and Schuster, 1995), which received an American Book Award from the Before Columbus Foundation and will be reissued by BOA Editions in 2012. Lee’s honors include fellowships from the National Endowment for the Arts, The Lannan Foundation, and the John Simon Guggenheim Memorial Foundation, as well as grants from the Illinois Arts Council, the Commonwealth of Pennsylvania, and the Pennsylvania Council on the Arts. In 1988 he received the Writer’s Award from the Mrs. Giles Whiting Foundation. He is also featured in Katja Esson‘s documentary, Poetry of Resilience. 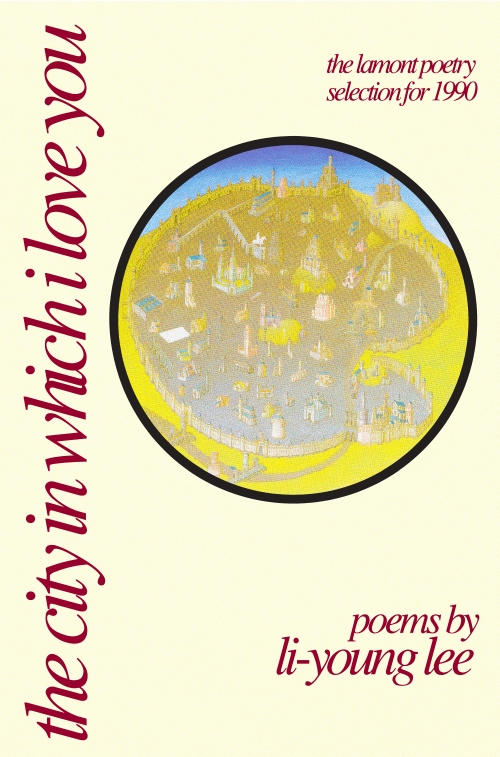 Through the observation and translation of often unassuming and silent moments, the poetry of Li-Young Lee gives clear voice to the solemn and extraordinary beauty found within humanity. By employing hauntingly lyrical skill and astute poetic awareness, Lee allows silence, sound, form, and spirit to emerge brilliantly onto the page. His poetry reveals a dialogue between the eternal and the temporal, and accentuates the joys and sorrows of family, home, loss, exile, and love.