I am againstsymmetry, he said. He was holding in both handsan unbalanced piece of wood that had beenvery large once, like the limb of a tree:this was before its second life in the water,after which, though there was less of itin terms of mass, there was greaterspiritual density. Driftwood,he said, confirms my view—this is why it seemsinherently dramatic. To make this point,he tapped the wood. Rather violently, it seemed,because a piece broke off.Movement! he cried. That is the lesson! Look at these paintings,he said, meaning ours. I have been making artlonger than you have been breathingand yet my canvases have life, they are drowningin life—Here he grew silent.I stood beside my work, which now seemed rigid and lifeless.We will take our break now, he said.I stepped outside, for a moment, into the night air.It was a cold night. The town was on a beach,near where the wood had been.I felt I had no future at all.I had tried and I had failed.I had mistaken my failures for triumphs.The phrase smoke and mirrors entered my head.And suddenly my teacher was standing beside me,smoking a cigarette. He had been smoking for many years,his skin was full of wrinkles.You were right, he said, the wayinstinctively you stepped aside.Not many do that, you’ll notice.The work will come, he said. The lineswill emerge from the brush. He paused hereto gaze calmly at the sea in which, now,all the planets were reflected. The driftwoodis just a show, he said; it entertains the children.Still, he said, it is rather beautiful, I think,like those misshapen trees the Chinese grow.Pun-sai, they’re called. And he handed methe piece of driftwood that had broken off.Start small, he said. And patted my shoulder.

Copyright © 2020 by Louise Glück
All rights reserved.
Reproduced by Poetry Daily with permission.

Louise Glück teaches at Yale and Stanford and lives in Cambridge. Her most recent book of poems, Faithful and Virtuous Night, won the National Book Award in 2014. 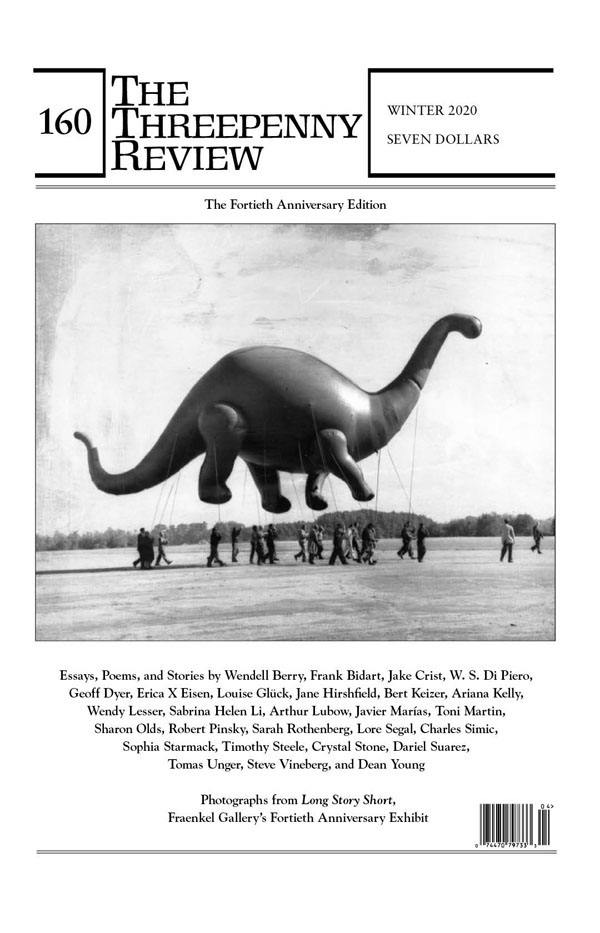