1. About the Dead Man's DogThe dead man, that man, consorted with canines in the turmoil of a derangement sensed by few others.The mongrel was apt, the mutt, the half-breed is best, the hybrid, the mixture—being those of an underclass to which the dead man belongs.The dead man's dog is immediate, primary, without tedious human calculation.The dead man's dog follows his nose, his tongue lags but accompanies, his owner's voice mixes with the sighing of the browning leaves.The dead man's dog is housebroken, barnbroken, fieldbroken, lawnbroken but is free to go.The dead man's dog keeps a tight leash on his master, dragging him to every clandestine murmur, every rumor of affection.The dead man's dog has the wherewithal to violate those senseless codes meant to make a man or woman stay.To the contrary, the dead man's dog shakes hands, he fetches, he heels, also he behaves and misbehaves in human proportions.The dead man's dog plays dead. 2. More About the Dead Man's DogWhen there is no more approbation, no license, no all-time immunity, no obedience or disregard, no loyalty that is not also the pick of the litter, no luck but dumb luck then okay it's not a show, and spunk is what it takes.It takes the dead man an eternity to romp, meanwhile he learns a mutt's moxie.Oh pretty dogs that reap the rage of benefactors in good times.Oh dogs shorn of the outdoors, oh clipped, oh shaggy shaggy shaggy.The dead man's dog does not sit up and beg.The dead man's dog is the hybrid of now and later, bred to be good with children, eager, vigilant.Hound and buddy, enthusiast of dishes and scraps, perch for fleas, station of sanity, trained to disobey in the nick of time—the dead man's dog runs beyond reason.His is the virtue of the undersides of logs.He readies his bones for the passage to the underworld.He rolls before the fireplace, the whole house his sarcophagus, his face lit like that of an Egyptian jackal.The dead man's dog's teeth are nine-tenths of the law.His claws are the quills whose marks will be the stuff of history.His tail is a brush for which the wide day is his canvas.Eagerly, the dead man lies down with dogs, observer of puppy love and dog song.The dead man's dog is a little bit of all right, a wagging yes, a cause of whistling and waving, cupped hands and come-when-called.He bestirs the dead man's fortitude.

Copyright © 2019 by Marvin Bell
All rights reserved.
Reproduced by Poetry Daily with permission. 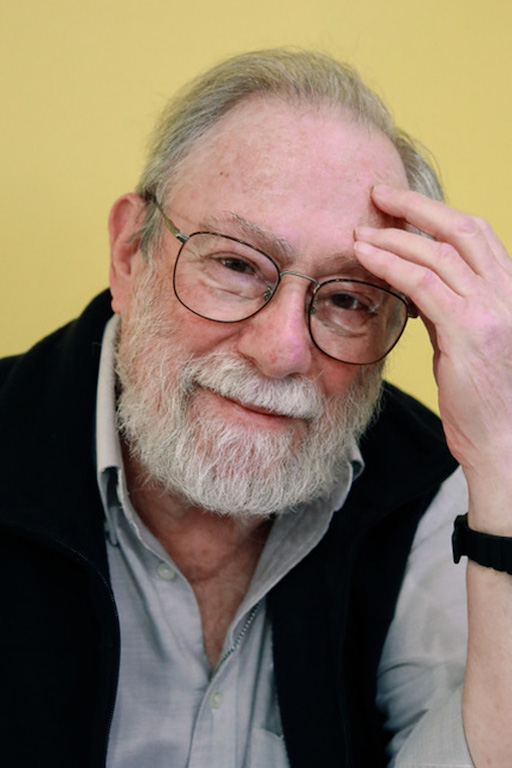 Marvin Bell was born in New York City, August 3, 1937. Often redefining his poetics from book to book, he is the creator of the “Dead Man” and “Dead Man Resurrected” poems and has been called “ambitious without pretension.” Reviewers have said, “Marvin Bell enlarges our understanding of what poetry can do,” and “Bell’s poems, beyond their formal mastery, constitute an admirable project whose interrogations run deep.” He is known also for his many collaborations with other artists, and for his down-to-earth teaching. He and his wife, Dorothy, live in Iowa City, Iowa, and for the last thirty-four years also partly in Port Townsend, Washington. Their sons, Nathan and Jason, live in Signal Mountain, Tennessee, and New York City, respectively. 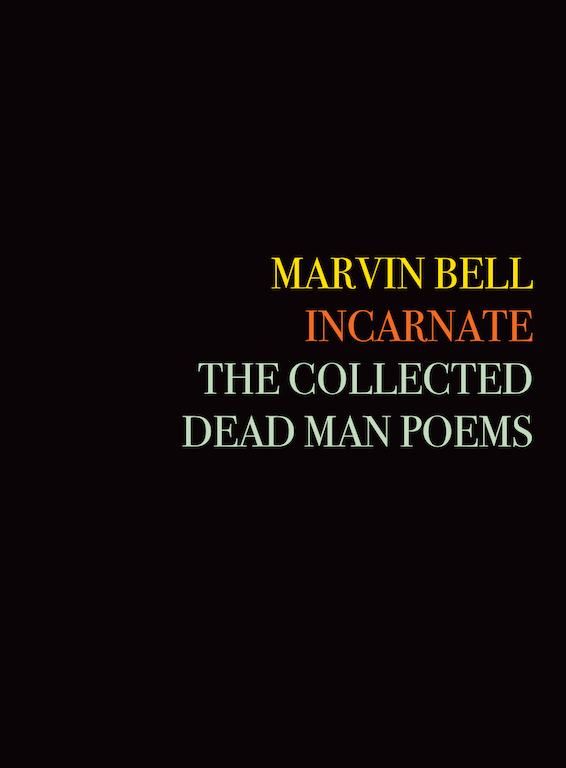 The Dead Man, Marvin Bell’s brilliant poetic invention, is an overarching consciousness, alive and dead at once, defeating time. Mystical and anonymous, The Dead Man offers searing insight into the joys, as well as the catastrophes, of fluctuating cultural and political moments. Incarnate draws from all of Bell’s previous collections where The Dead Man appeared, and adds an abundant cache of new poems that resonate with “the dark matter and sticky stuff” of life. As David St. John writes in his introduction, “No voice in our poetry has spoken with more eloquence and wisdom of the daily spiritual, political and psychological erosion in our lives; no poet has gathered our American experience with a more capacious tenderness—all the while naming and celebrating our persistent hopes and enduring human desires.”

“I feel this book is a masterpiece, one of a handful of essential books in American poetry in the last 50 years.”
—David St. John

“Marvin Bell’s Dead Man poems should close out any anthology of the twentieth century and open any anthology of this new century’s work. They change the game. They insist that we pay a new and different kind of attention.”
―Georgia Review