Copyright © 2019 by James Cagney
All rights reserved.
Reproduced by Poetry Daily with permission. 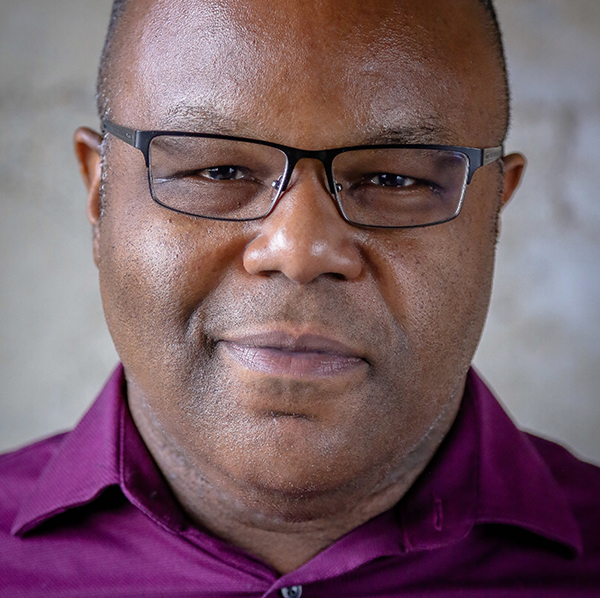 James Cagney was born in Oakland, California, 1968. He was named after his father, a retired forklift mechanic. His mother, Juanita, worked as a beautician and teaching supervisor at several local beauty schools. Raised an only child, James was 19 before being told he was adopted. In his biological family, he was youngest of six. James’ father was diagnosed with an asbestos-related cancer the year he attempted to leave home for university. After his father’s death, he supported his mother and grandfather until their deaths. In those intervening years, James studied writing and poetry independently, via the public library, workshops, and the abundant open mic scene in the Bay Area. Cagney is a Cave Canem fellow and the author of Black Steel Magnolias in the Hour of Chaos Theory (Nomadic Press, 2018). 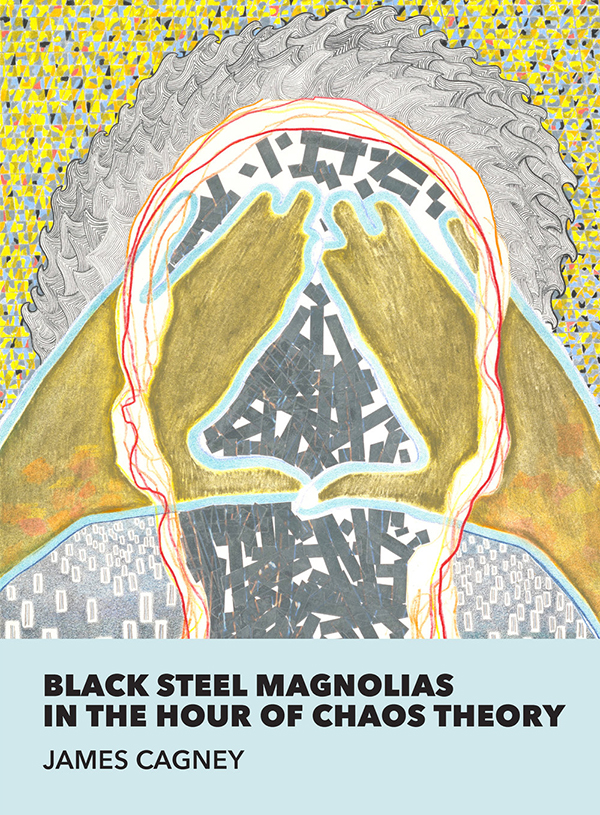 "I remember first hearing James Cagney read poems in a packed backroom in Oakland and being entirely shook by what this man can do with language. Black Steel Magnolias in the Hour of Chaos Theory makes good on that promise of strangeness, urgency, lyric prowess, and invention. Toggling between loss, therapy, the pastoral, illness, the humorously personable, and the darkly familial—at every turn this book surprises, aches, and delights. “what flower / cuts thru the bullshit / between people”—do yourself a favor and read it thrice."
—sam sax, author of Madness

"The poems in Black Steel Magnolias in the Hour of Chaos Theory capture chaos in the palm of the hand, and then release meaning back into the world about the importance of our roots and history. This collection is a powerful journey into the search for bloodlines and meaning. The poet finds ways to speak to the crucial stories that tell us about our origins and how they can define us and redefine us throughout a lifetime. The details and metaphor are woven in an artful way. Anyone reading these poems will carry layers of elegies and explorations with them, long after closing the book. In stepping into this collection, one will find the alchemy of loss, and how the evolving stories of one family make for an exploration of mothers, fathers, stories, aunts, uncles, loneliness and a reconciliation of sorrow. In turning the pages, one will stand facing the ocean, discover how to grow orchids, how to be polite to birds, contemplate last rites, and a burial at sea. There is much to behold in this masterful book and one will be compelled to examine “the endless equations calibrated on night’s chalkboard."
—Connie Post, Poet Laureate Emerita of Livermore, California, 2005–2009, author of Floodwater, winner of the 2014 Lyrebird Award