This Is the Dark Time My Love

This is the dark time, my love,All round the land brown beetles crawl about.The shining sun is hidden in the skyRed flowers bend their heads in awful sorrow.This is the dark time, my love,It is the season of oppression, dark metal, and tears.It is the festival of guns, the carnival of misery.Everywhere the faces of men are strained and anxious.Who comes walking in the dark night time?Whose boot of steel tramps down the slender grass?It is the man of death, my love, the strange invaderWatching you sleep and aiming at your dream.

Copyright © 2006 by Martin Carter
All rights reserved.
Reproduced by Poetry Daily with permission. 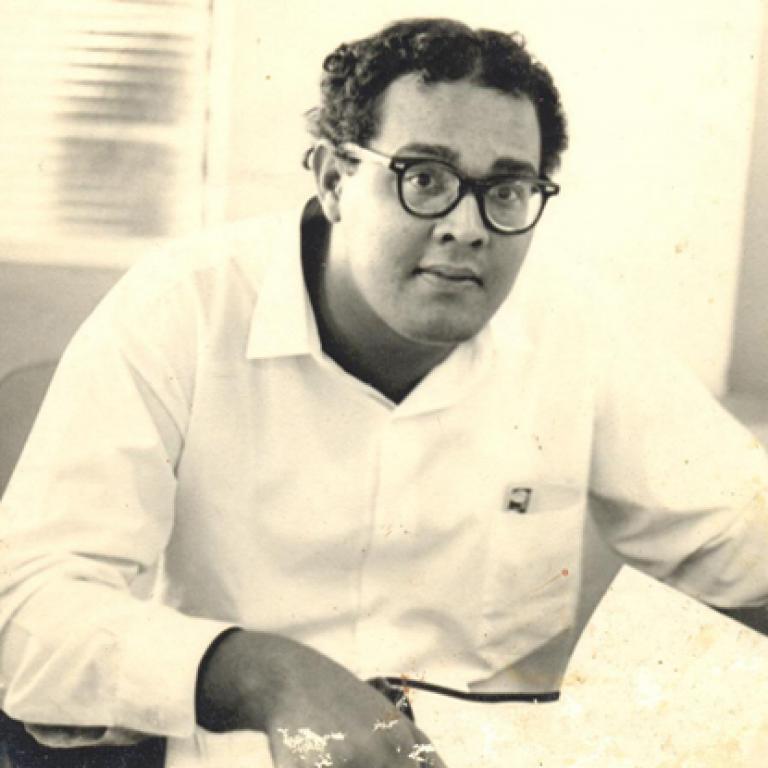 The Guyanese poet Martin Carter (1927-97) was one of the foremost Caribbean writers of the 20th century. Twice imprisoned by the colonial government of British Guiana during the Emergency in the 1950s, he became a minister in Guyana’s first independent government during the 60s, representing his country at the United Nations, but resigned in disillusionment after three years to live ‘simply as a poet, remaining with the people’. He was one of the first Caribbean poets to write about slavery, Amerindian history and Indian Indentureship in relation to contemporary concerns. Wise, angry and hopeful, Carter’s poetry voices a life lived in times of public and private crisis. 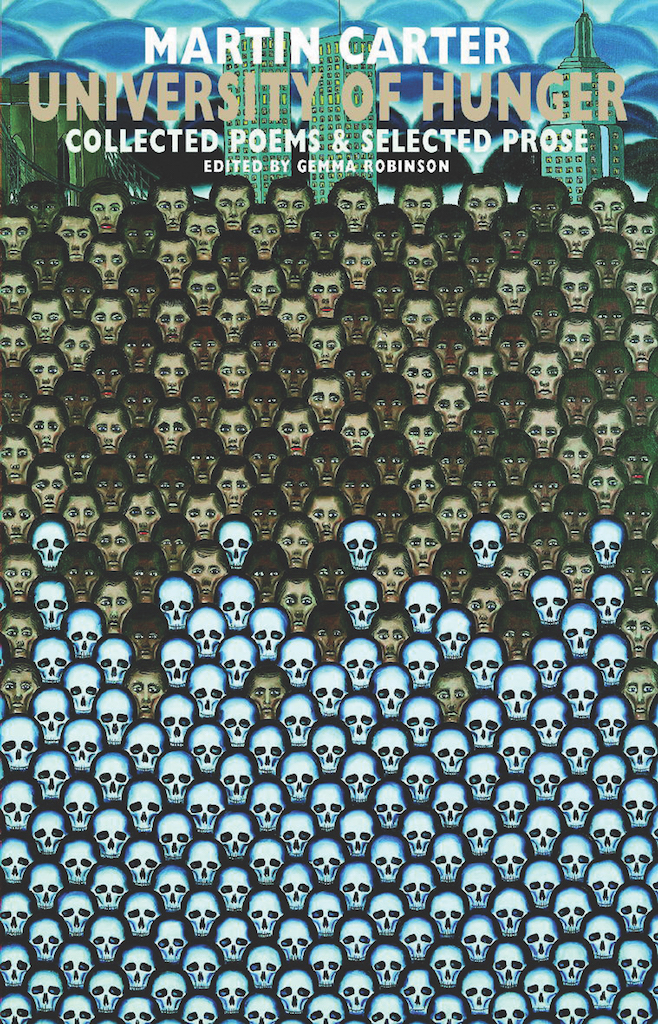 "The work in University of Hunger ranges from lyrics to arguments to riddles. Carter’s poetry, known by heart by his fellow Guyanese, deserves to live deep in global memory. Responsive to the white dust and red flowers of his homeland, for Carter the political is personal. Jailed for his part in the independence struggle, he foxed surveillance photographers by displaying poems on his home. Whether in tenderness for ‘green, green love’ or in furious search of a ‘comrade stargazer’, he desires a freedom that would write a "happier alphabet'."
—Vahni Capildeo, Reader's Digest

"A major contribution to Guyanese scholarship. This sets the standard for editions of Caribbean poetry."
—David Dabydeen

"His impulse was always lyrical, he was a great reciter, he had a great voice, he had a great joy in the sound of the poem…the example of his work was phenomenal…West Indian literature even in English is totally underestimated, totally. The literature is astonishing, the quality is astonishingly high. And Martin’s position in all this is special"
—Derek Walcott