In the morning, a man passes, swinging a stick."Up so early to herd the pig?"I greet the hard worker. He chuckles, "Off to kill the pig,"swinging the stick — "Go, go."My soul trembles with the streetlightas if it's clutching its own arrest warrant.And the quiet county is like the whistling branch in his hand.

From under an old plane tree rises the fragrance of simmered herbs,and I know this is my country.At night someone will smash a medicine jar in the middle of the road,and I know my country will flow from this jar.Kneeling,kneeling here.Kneel so the turbulent heartbecomes a stone statue.At the foot of the mountain that has been blasted open,there's a chunk of old willow, like the corpse of a dragon,surrounded by scorched grasses.The mountaintop has none of this,the mountaintop is filled with emptiness;I have not reached the realm of emptiness.

Copyright © 2019 by Yang Jian
All rights reserved.
Reproduced by Poetry Daily with permission.

Yang Jian was born in Anhui Province, China in 1967. A practicing Buddhist and scholar of Chinese traditional culture, he began writing poetry during the mid-80s. Since the 90s, he has won the 1st Yiu Li’an Poetry Award (1995), the 9th Rougang Poetry Award (2000), the 1st Yulong Poetry Award (2006), and the prestigious Chinese Media Literature Award (2008).

Ye Chun is a bilingual Chinese American writer and literary translator. She was born in Luoyang, China and came to the U.S. in 1999. She received an MFA in Poetry from the University of Virginia and a PhD in Literature and Creative Writing from the University of Missouri. She has published two books of poetry, Travel Over Water and Lantern Puzzle, which won the Berkshire Prize. Her novel in Chinese,《海上的桃树》(Peach Tree in the Sea) was published by 人民文学出版社 / People’s Literature Publishing House in 2011. She has received three Pushcart Prizes  —  for “The Luoyang Poem” in 2016, the story “Milk” in 2017, and the story “Hao” in 2019, as well as two Pushcart Prize Special Mention.

​She has translated works by a number of poets. Her collection, Ripened Wheat: Selected Poems of Hai Zi, was shortlisted for the 2016 Lucien Stryk Asian Translation Award. A new collection, Long River: Poems by Yang Jian, came out in 2018. Her translation of Galway Kinnell’s The Book of Nightmares and Li-Young Lee’s Behind My Eyes and Undressing are forthcoming from People’s Literature Publishing House.

​A recipient of an NEA Fellowship and a Sustainable Arts Foundation Award, she is an Assistant Professor at Providence College.

Paul B. Roth has been published widely in the United States and his work has been translated and appeared in journals from Japan, Peru, Israel, Bolivia, Ecuador, India, China, Mexico, Romania, Estonia and the UK. He is the author of seven collections of poetry of which his three most current are Cadenzas by Needlelight (Cypress Books, 2009), Words the Interrupted Speak (March Street Press, 2011), and Long Way Back to the End (Rain Mountain Press, 2014). He lives in Fayetteville, NY where he’s served as editor and publisher of The Bitter Oleander Press since 1974.

Gillian Parrish is the author of a book of poems, of rain and nettles wove (Singing Horse Press), and the mothership of spacecraftproject, a literary and arts journal that comes together through conversation and coincidence. She serves as an assistant professor at Lindenwood University in St. Louis. She is a contributor to They Said: A Multi-Genre Anthology of Contemporary Collaborative Writing (Black Lawrence Press, 2018). 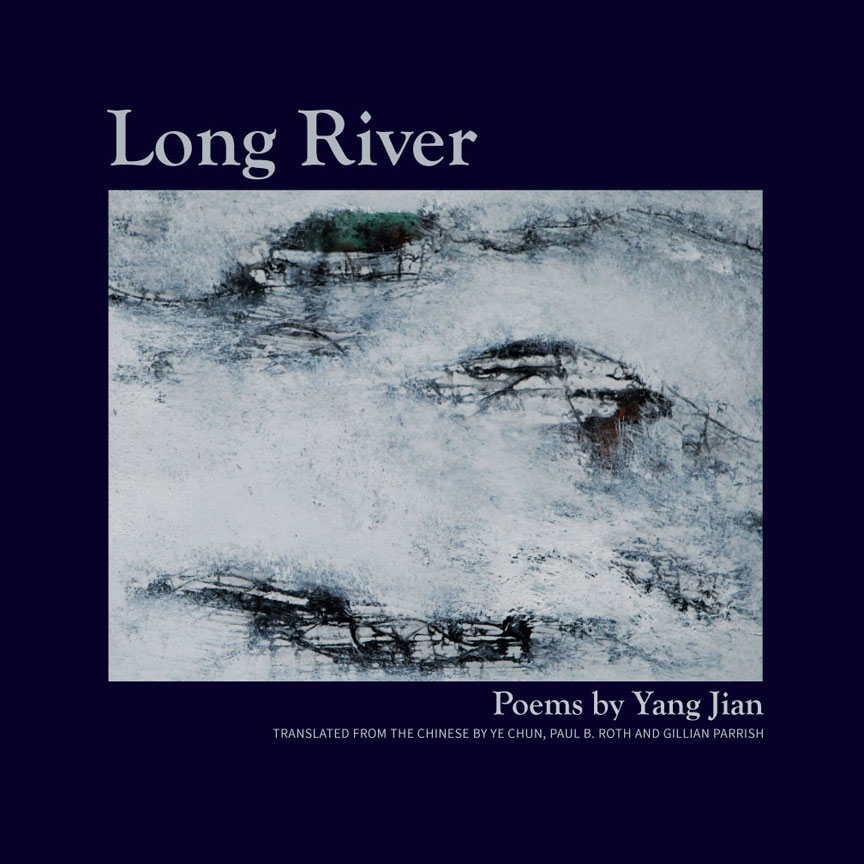 "The imagistic power of classical Chinese poems gains a new and distinctively modern form in these poems. And what those images reveal is surpising psychological depths: not just depths of the poet, but also of a tenderly-drawn community of ordinary people struggling through their days. These are uniquely accomplished and beautiful poems."
— David Hinton, author of Desert and The Wilds of Poetry

"As with the best nature writing, Yang Jian’s poetry is about seeing, the practice of being alert and attentive to the particular in the here and now, which for Yang Jian are the blasted rural landscapes of a hyper-industrial China hell-bent on pursuing the Western notion of progress: the fly on the dead man’s lips; the basket of ashes his grandfather rescued from the bonfire of books burned in the cultural revolution; the dead pig in the river that no longer flows through the mountain that is no longer there; the nameless flower on the mountains of garbage on which the poor of so many Chinese cities survive. Yang Jian’s message is often grim, but the language is hard and clear."
— Steve Bradbury

"Yang Jian composes a poetry of slow erosion and quick frosts, of liminal moments that course through and undermine our human-made world’s crude fabrications, clearing the mind for just as long as necessary before its return. 'I need to be more sincere in pain,' he writes, and 'I’m fortunate to be born in a country where sincerity inspires.' In a land where 'Chimneys erupt out of the wheat field' and 'At the foot of the mountain that has been blasted open, / there’s a chunk of old willow, like the corpse of a dragon, / surrounded by scorched grasses' he asks: 'Since the land is a dream, / why look back, why sorrow?' Elsewhere, he reminds us: 'There are hundreds of sealed ancestral temples in your body but you simply ignore them.' So: pay attention. If ever 'You seem to be living a nightmare,' take note: 'Wherever leaves fall, / there is light—'"
— David Perry