A decade ago now, I considered choosing death with what I thought of as a practical poise. It was the one quality I still admired about myself as I spent up to 23.9 hours of the day in bed for a year that seemed to stretch on and on. When—after a combination of treatments and the lucky passage of time—I was able to sit up and, eventually, respond again, relate again, I began to write about that present in a way that felt like lying to the page: I used the past tense. Imagining I had a distance from each instant, my scattered notes were an attempt, perhaps, to form a future self.

Kim Hyesoon’s wild and rigorous The Hell of That Star contains intimacies that are always grieving, whether surveilled or disappointed or fractured. In translating the book and its cohesive realities across poems, I have often marveled at the flexibility and relativity of verb tense. I had previously held a kind of essentialism around tense, but Kim’s poems occur across partitions of time, alive across multiplicities. The story of progress is often linear in Englishes, but the book presents a conception of time closer to most memory and experience: elliptical and evolving, or severe and dizzying, at points collapsed, even weary.

Stanzas and whole poems refuse the unit of the sentence, creating new syntax and refusing to designate themselves relevant to the constructs of past, present, or future. Kim’s is a poetry of present aftermath—of the annihilation absolute but not completed, of the past yet also ongoing. Although the source text of “After All the Birds Have Gone” is in the present tense, its frame of reference is of survival, invoking the past, while the implied conditional hints at the future. I chose to translate it into English’s simple present tense, but I first wrote and rewrote it into various tenses, shapes, and sounds, finding them each true in their way. Like my private, convertible self-narrativizing, this poem’s translation is a generative action. Confronted by constant and various potential mortalities, tense is both irrelevant and fragile.

The second line of the poem uses the word for “we,” “our,” and “us” in Korean, 우리 (definitively here, though the word can mean “I,” “my,” and “me”), whereas the last line of the poem repeats the verb with 나만, or “only I.” The existence of the “we” turns out to involve the abandonment of the “I.” To emphasize this shift, I chose two English inflections of the same Korean verb 남다, whereby “to remain” becomes “to be left” as the speaker’s escalating attempts at action and connection are put into contrast with her being acted upon. The last line also distinguishes itself from the second with “only” as the poem pares itself to this near-solipsistic thesis. The present tense has a mournful hope, the speaker assured in her future aloneness.

The poem, like the book, includes the self that observes, that receives, that acts, that senses, and even the self that dies. The common word for the site of corpses’ burial, 무덤, repeats across the two stanzas, the first in relation to another, the second only the speaker’s. I chose “tomb” to first summon the physicality of burial and then, in the latter instance, “grave,” to also evoke engraving the gravestone and what is remembered through language, words that stand in for a person’s absence. Though for many poems recurring text feels important to repeat in their translation, in this case the iterations offered an opportunity to echo differently.

The text was written under an authoritarian rule that censored the arts, and translating it reveals how the poems live across and between times, grappling with the lack of structural choice as an individual. Though slight, my writing those years ago, its desperation a sign of wanting to live, was also translation, and arranging my basic daily activities into new tenses was a way to conceive of my existence as an entity. Translation and writing act in conjunction, rather than as inversions—questions that ask of one another, without necessarily indicating any interest in answers. A need for language is a need to stretch beyond the self, toward interaction, toward agreed upon signs. But translation simultaneously requires a resistance against the usual embedding into systems and their borders, their production as well as their expulsion. Of course, when, in the end, only the translator is left, the translator chases, and, ultimately, the translator chooses.

Choose a poem that contains repeating words and translate it, whether between languages or dialects, forms or feelings. Each time the words or phrases repeat in the original, make a wholly new and non-repeating selection for your translation.

Try the exercise with other patterns, considering and sustaining several aspects of the original poem while resolutely disregarding one major aspect, even resisting the author’s choices in that latter realm to create your own. Some options include ignoring and transforming the source text’s line breaks, tense, sound, tone, punctuation, or POV. 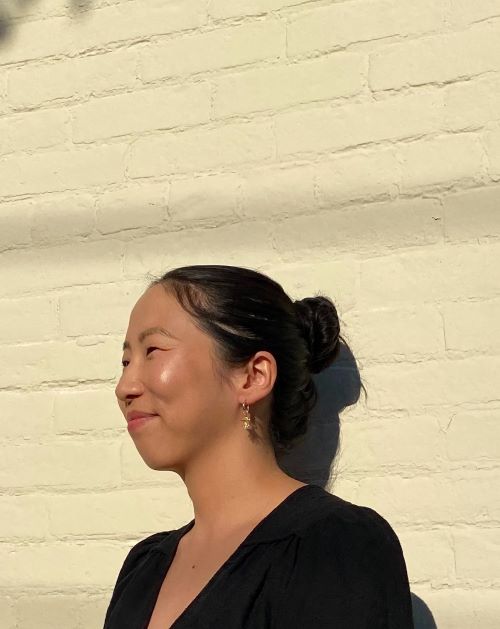 Cindy Juyoung Ok has published translations from Kim Hyesoon’s The Hell of That Star in journals including Asymptote, The Margins, and Hayden’s Ferry Review. A MacDowell Fellow, she teaches creative writing at the University of California and edits poetry for Guernica magazine.