G.C. Waldrep on Brigit Pegeen Kelly’s “All Wild Animals Were Once Called Deer”

I’ve told the story before: how I so badly wanted to be a writer in college; how I took a single creative writing course (very difficult to do where I went to school, as all creative writing courses were portfolio-entry) and was told I had “no creativity” (as I recall it); how I spent the next seven years devoting myself to a Ph.D. in American history, then walked away from that to join an Amish community. And how, at that precise moment—the moment of the walking away, indeed in the very act of walking (along the Appalachian Trail and its feeder trails in western North Carolina, where I was then living)—I began writing poems, I suppose in unconscious homage to Dickinson’s “This is my letter to the world, / That never wrote to me.”

But after a summer of spree-writing, it occurred to me that a writer should read. What should I read? By then I was living in an Amish community in a rural county whose single library contained exactly two poetry books. As a child of the academic 1980s, my first thought was “Norton anthology!” So I bought the Norton Anthology of Modern and Contemporary Poetry and read it, all of it—which took two or three years, during which it rested on my nightstand. I also had heard of an annual anthology entitled Best American Poetry, and although I wondered just who or what was meaning what or whom by “best,” I thought I would try it.

In another version of the story I’ve told, I had just started a new job as a baker (in my own bakery); working through the night I tried—and failed—to keep myself awake by reading fiction. If the fiction was bad, I fell asleep, and the bread would burn. If the fiction was good, I would feel compelled to keep reading, and the bread would burn. Lyric poems, though, were just the right length: read poem; check bread; repeat. The BAP series, in all its agony of canon, its questionable taste and judgments, was my companion across those bakery nights.

And so it was there, in my bakery, in one corner of which I had a horrid shaggy green armchair I’d scavenged, that I first chanced upon Brigit Pegeen Kelly’s “All Wild Animals Were Once Called Deer” (BAP 1995). What, exactly, was it doing? How did it mean?

All I knew, as I stood in my bakery that night, and the nights that followed, reading and rereading Kelly’s poem, was that I wanted that. In my life. Right now. It was worth changing my life for. That. That was the what that I wanted.

What a gift, to discover the what that one wants.

Because it was a world I knew, at least at the start: “Some truck … gunning” up or down some hill’s “steep grade / And the doe … thrown wide.” (During these years I was poor, poor enough to help skin a roadkill deer, with my neighbor, and eat it.) “She must have come out of the woods by Simpson’s red trailer,” Kelly hazards, but then she, herself, is struck: did the truck hit the deer, or did the deer hit the truck? It matters, and yet, in the poem, it doesn’t: “A figure swims up from nowhere, a flying figure // That seems to be made of nothing more than moonlight, or vapor, / Until it slams its face, solid as stone, against the glass. / And maybe when this happens the driver gets out. Maybe not.” Kelly suggests, slyly, this is not the world of William Stafford’s “Traveling through the Dark,” that other famous roadkill poem, the highway encounter with nonhuman mortality that results in an all-too-human epiphany. This is the world of people who are too drunk or too callous or too exhausted or too poor to stop.

“Strange about the kills we get without intending them,” Kelly muses. “Because we are pointed in the direction of something. / Because we are distracted at just the right moment, or the wrong.”

We turn, even just a little—perhaps towards a lover, perhaps away; perhaps in response to a heard voice, a loud noise, a swift blur at the edge of our vision; perhaps for no reason. And the world changes.

Faith, it seemed to me then, and it seems to me now, is like this.

From here, Kelly proceeds in what I would come to think of as her trademark way, via the interweaving—the braiding—of associations, some driven by images, some driven by simile and metaphor. I still see the collaged images in my mind: the Bank of Hope’s branch trailer, robbed twice; the piano teacher’s husband walking across the winter cornfield “holding the bag of nails he’d picked up at the hardware store / Out like a bouquet” (before being struck by lightning); the children playing their game of Statues; the swan on Wasigan Road, “a smelly, moth-eaten thing” that attacks; the poet’s aviator-brother high up in the sky. “O bird of wish. O sound rising.” (Those who claim Kelly’s work is derivative of Yeats are right, except when she bests him, as she does here.) The poem is an extended, bravura act of misdirection as the poet’s mind hovers and glides out from that moment of the kill. And then dives back towards it, like the striking swan, or the brother’s darting plane: “Through the coldest moments, when it feels as if the earth / Will never again grow warm, lover running toward lover, / The branches tearing back, the mouth and eyes wide, // The heart flying into the arms of the one that will kill her.”

It’s not misdirection for art’s sake; it’s misdirection as mimesis, the mind’s if not the external world’s, the shared world’s. Or maybe it is, as Kelly would perhaps have insisted, the shared world’s way, after all. That, and the poem’s music, which is the world’s music, that goes on and on, and in which we are invited—really, commanded—to participate, for a little while. Kelly writes “In thirty years, roughly, we will all be dead….That is one thing… / And you can’t judge the swan out of the water….That is another.” And there is a third thing, the thing the poem enacts and therefore cannot name: the sheer concatenation of experience.

2. Describe, in one paragraph or stanza, a garden you have visited, from memory. If you have never visited a garden, visit one now, and describe it.

3. You have been commissioned to construct, or have constructed, a statue or sculpture that will stand somewhere in this garden. Describe the artwork you would like to have erected.

4. Pain: what is it? What might it be? Use figurative language, and provide two or three options. These can be fanciful, or they can be clinically precise.

5. You are walking on the shoulder of a rural road late at night for some reason (long walk to/from the cabin, vehicular breakdown in an inconvenient location, on the run from creditors, etc.). Up ahead of you, in the dark, something is lying in the road. It’s not roadkill. You approach it. What is it?

6. Repeat use of first word (from #1). Bring it into relation with whoever or whatever you discovered in the road.

7. There was a war, once. Were you in it? Was anyone you know or knew in it? Discuss.

8. Your heart: is making a very soft sound. Describe the softest sound you can imagine your heart making, and/or the circumstances under which it would make this softest sound.

9. Now compare that sound to a flower you have noticed in the garden. Describe the flower in terms of the season in which you visited (or remember visiting), i.e. if in winter, then describe it in winter. If you visited in spring, the flower might not be visible yet, etc.

10. Quote one line or phrase from Kelly’s poem, without further comment. (If in doubt, try “Out of the shallows the lovers emerge, sword and flame.”)

12. Sadly, whatever your heart has given you, you already have one. So, in order not to offend or hurt your heart, you must pass on its gift to someone else. You will return to the garden in order to do this. Describe passing your heart’s gift on to someone else, in that garden. 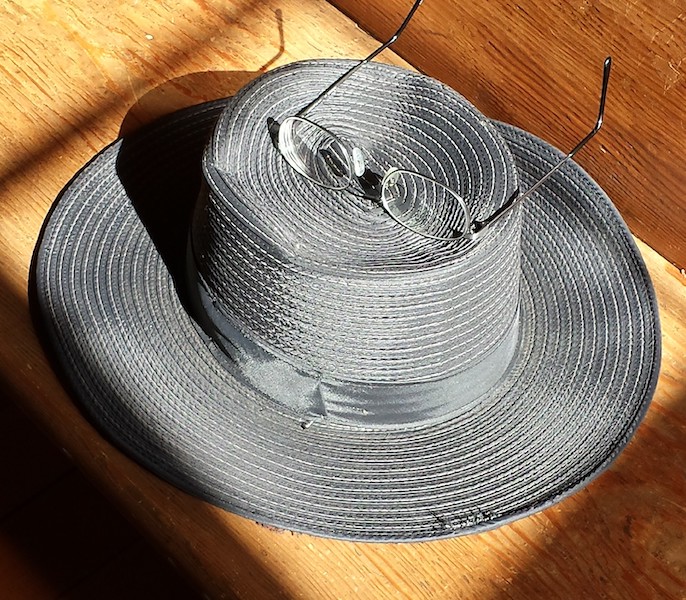 G.C. Waldrep’s most recent books are The Earliest Witnesses (Tupelo/Carcanet, 2021) and feast gently (Tupelo, 2018), winner of the William Carlos Williams Award from the Poetry Society of America. Recent work has appeared in American Poetry Review, Poetry, Paris Review, New England Review, Yale Review, Colorado Review, The Nation, New American Writing, Conjunctions, and other journals. Waldrep lives in Lewisburg, Pa., where he teaches at Bucknell University. In 2021 he was a Visiting Fellow at Clare Hall, Cambridge.